In 1060, a serpent coiled itself around an individual named Osulf. In order to free himself of the creature he prayed for three days and nights in Durham Cathedral, whereupon the serpent apparently released its hold and vanished. 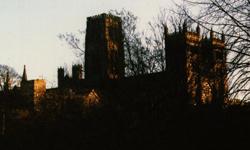 A more notable creature was the Sockburn Worm from the 14th century, which was a monstrous creature that killed many people who tried to slay it. 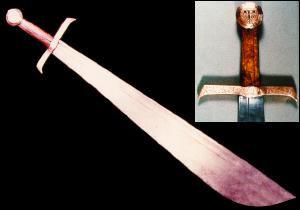 The stench of its venom was enough to drive people away. However Sir John Conyers, apparently wearing a blade studded suit of armour, set out and slew the dragon with his falchion.

The encounter is described in the Bowe's Manuscript in the British Library and the falchion (pictured on the left) is on public display in the treasury of Durham Cathedral.

The falchion is still used in the inauguration rites of each Bishop of Durham.