The Hydra is one of the most notorious dragons, uniquely dangerous and difficult to defeat. In Greek mythology, the Lernean Hydra (also called the Exedra) had, depending on the account, nine, fifty, or a thousand heads, and when a head was hacked off, another would grow back. In the Christian Bible, the Hydra is the nine-headed dragon and the adversary of Saint Michael.

The etymology of Hydra is important because of its origins in the Greek myth of the Lernean Hydra, which is heavily connected to the marshland and water.

Many dragons of the Hydra type predate the myth of the Lernean Hydra and come from the myths and legends of other cultural groups, such as the Eight-Headed Dragon slain by Susa-no-o in Japan. The Dragon Type Hydra indicates 'many-headed dragon,' because the popular use of the term has shifted to encapsulate that. 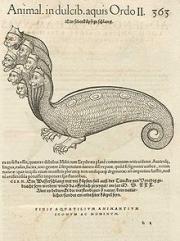 Hydra, like Ouroboros, can take on the initial traits and characteristics of any other Dragon Type or Dragon Species. Hydra is a separate Dragon Type because of the additional physical characteristic, the most common of which is multiple heads. Some Hydras present with additional tails, arms, or wings.

Two examples can be seen from the Lernean Hydra, which is an enormous serpent with multiple heads, and the Hydra of the Bible, which is a nine-headed wyvern.

This category contains only the following page.